The aim of Studio Legale Sutti’s presence in London is of course that of assisting our domestic clients having interests or problems in the United Kingdom, but above all that of offering prompt and efficient on-site legal services to local solicitors. In this respect, SLS’s operation in the UK would like to be viewed as a barrister-like practice – fully backed by the combined resources and know-how of its Italian (and other) offices to which it is connected through a broadband VPN -, with the purpose of serving British lawyers and corporate counsel for their clients’ and employers’ needs related to Italy. 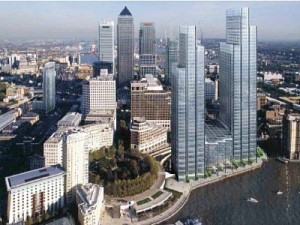 As a matter of fact, SLS’s London office targets exclusively law firms, patent and trademark agents, and in-house lawyers, and usually it does not directly deal with final clients. Far from trying to compete with British firms, our local office was established instead to offer them very specialised services (i.e., everything pertaining to the Italian system of law, including representation in Italian civil, criminal and administrative courts) that they will never have available in-house unless they establish a number of full-fledged Italian offices.

Those services have later been extended to the Bulgarian, Yugoslavian and Romenian jurisdictions, when SLS has become the regional leading practice of South-Eastern Europe, so that it is fair to say nowadays that we have also become the only Bulgarian, Serbian or Romanian firm operating its own office in the United Kingdom.

In 1998 our London office, which remains under the responsability of Livia Oglio, LL.M (whose appointment as the head of the office was in its time duly echoed by specialised local media, as in the article published by Law Society Gazette), was incorporated under the name of SLS Ltd, and entrusted with the worldwide coordination of a number of internal services, such as marketing, auditing, and public relations.

Lastly, SLS’s office in London has made available since 1999 an Italian Counterforce desk in the United Kingdom, under the responsibility of the Firm’s IP & Competition Department.

Our very special relationship with the British legal professions has also been cemented by numerous personal friendships, the repeated recruitment of English solicitors and barristers by our Milanese office and the participation to many events organised by the Law Society of England and Wales, such as the Solicitors’ Law Festival 1999 which took place in Paris at the end of October, where we presented a report on “Commercial Property Development in Italy” (Session 8 – Commercial Property: The European Perspective).

Amongst other recent public events which saw the participation of our UK office, Livia Oglio presented in London during spring 2001 a report on the Vienna Convention at the IBA World Women Lawyers Conference.

The scope of our presence in London, which has recently been discussed once more by Il Mondo 25/07/2003 (“Chi guarda il Belpaese dal Big Ben”) and The Law Society Gazette 13/08/2003 (“Hoisting the Flag”), is described in, inter alia, Legal500, the well-known directory published by Legalease Ltd, whose content is diffused also on the Web by the International Centre For Commercial Law, where you can also find our London office’s data along with some editorial comments. Its 2000 edition, in the survey on Foreign Law Firms in the UK, recommends SLS namely for “Corporate & Commercial” work, “Dispute Resolution” “General Inward Investment” and “IP & IT”; the same fields were mentioned in the following years, and the 2003 edition emphasises instead the work we perform upon instructions of English solicitors. Our UK office has also been mentioned, when SLS has been the first and only Italian firm to be listed, as per their announcement 17/01/2000, by CRI – Specialist Debt Collection Insolvency Practitioners, in their small directory of debt collection and involvency specialists.

A short description of our UK office – which is one of the two Italian firms listed among the “Non-US firms in London” by ILFR’s 1000 – The Guide to the World’s Leading International Business Law Firms 1999 (published by Euromoney, now also on the Web) – is contained in the page concerning the English law firms on the Web site of the Washburn University Law School.

Our activity in the United Kingdom has also been often discussed in the Italian general and economic press (see for instance Il Mondo, issue of the 14/01/2000).